When I was becoming a physician, I completed my internship with a doctor of oriental medicine from China. One of the things I soon found out that by committing to spending 900 hours studying under a doctor of oriental medicine, I was going to end up spending a lot of time on his land. One day I was assisting him with his gardening when we took a break from our study of Chinese alternative medicine and found some shade for rest. Working with him also meant that we always drank tea, so as we relaxed we poured our cups full and prepared to enjoy the refreshing tea. It was a beautiful, clear day, and just above us the leaves began to fall from the trees, nearly landing in our cups. Immediately reminded of a story, he asked if he had ever explained to me how tea was discovered.

He began to tell me that long ago in China, centuries before my teacher became a doctor of oriental medicine, in a scene not unlike the one in which we studied, farm workers spent long days in the fields. In colder seasons, the men would prepare hot water, which sometimes sat for a long time as they finished their work. As the story goes, an occasional leaf would fall into one of the cups, which would steep in the water and produce a color and flavor. Soon after the discovery, people began experimenting with different leaves, finding that they provided different effects on the body, making them tired, providing energy, or benefiting them in other ways. Since then, tea has become an integral part of Chinese alternative medicine. 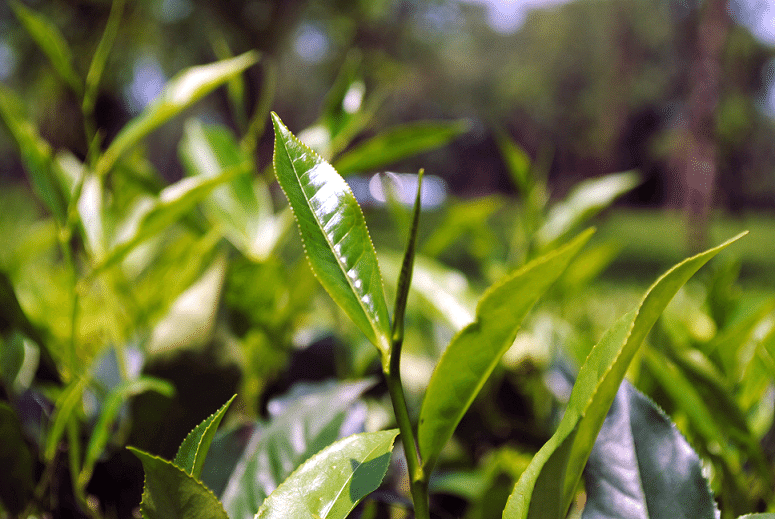 Tea leaves growing on their plants

Now we know that if that story is true, those original leaves probably came from the camellia sinensis, from which black, white, oolong, and green tea all derive. These and sub-categories of tea, like Darjeeling, all come from that same plant, but vary in the climate and soil in which they’re produced and the amount of oxidation the leaves undergo. This is what determines their color, caffeine level, and taste. The teas even range in their health benefits, from lowering rates of blood-cholesterol, slowing cancer metastasis, slowing mental decline, and providing manganese, flavanoids, and vitamins C, E, and K, proving their worth in everyday life and in the practice of Chinese alternative medicine. Tea ranks among the cheapest and easiest ways recommended by your doctor of oriental medicine to improve and sustain your health. Cheers!

Information on this site is provided for informational purposes and is not meant to substitute for the advice provided by your own physician or other medical professional. You should not use the information contained herein for diagnosing or treating a health problem or disease, or prescribing any medication. You should read carefully all product packaging. If you have or suspect that you have a medical problem, promptly contact your health care provider. Information and statements regarding dietary supplements have not been evaluated by the Food and Drug Administration and are not intended to diagnose, treat, cure, or prevent any disease.